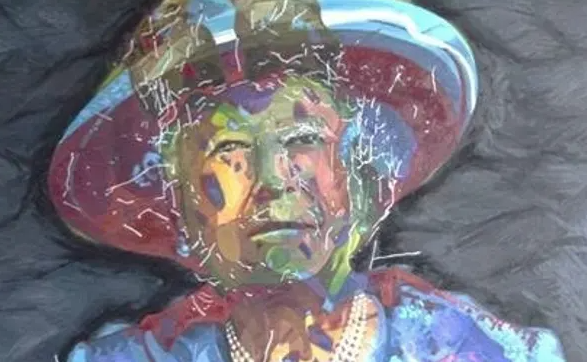 Ai-Da, an AI robot programmed to paint and draw, has painted an original portrait of Britain’s Queen Elizabeth II. The painting, titled “Algorithm Queen,” was unveiled Friday ahead of the platinum jubilee marking the 70th anniversary of the queen’s accession to the throne.

Named after Ada Lovelace, the first female computer programmer, she has facial recognition technology that analyzes images and feeds them into an algorithm that determines the movement of her robotic arm.

“Algorithm Queen” was overlaid and scaled to create a multidimensional portrait of Queen Elizabeth.

Meller said the portrait shows “how far things have come in the life of the monarch, who was born in 1926.”