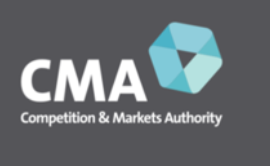 The U.K.’s Competition and Markets Authority plans to investigate the market dominance of Google and Apple’s mobile browsers after finding that the two have an “effective duopoly” over mobile ecosystems.

Separately, the Competition and Markets Authority (CMA) has announced that it will take enforcement action against Google over payment practices in its app stores.

The CMA announced the moves after completing a year-long study of Google and Apple’s mobile ecosystems. The report said the two companies have a duopoly and a stranglehold on the mobile market, including through their app stores, operating systems and Web browsers.

Without intervention, the tech giants are likely to maintain and possibly increase their dominance, which could further restrict competition and limit innovation, the CMA said.

The authority is now consulting on whether to launch a market investigation into mobile browsers and Apple’s restrictions on cloud gaming in its App Store. In parallel, the CMA has launched a competition investigation into Google’s rules on Play Store access and in-app payments, which could lead to fines.

Elon Musk: We are overstaffed in some areas