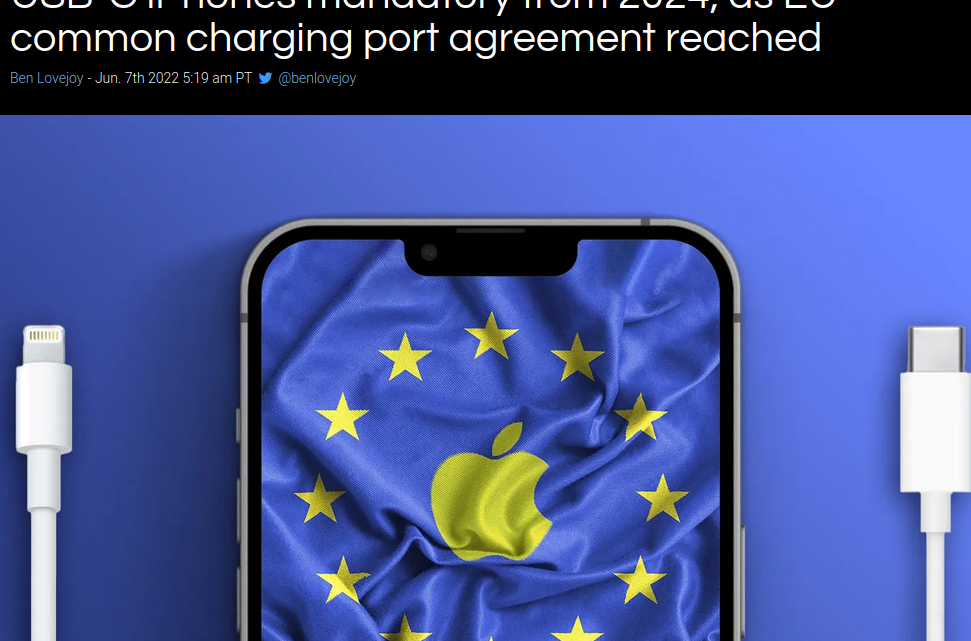 Three Democratic U.S. senators have called on the Commerce Department to require cell phone manufacturers to adopt a common charger.

The trio argued that the EU directive would significantly reduce e-waste and help consumers ” because they are tired of digging through drawers full of tangled chargers” to find a compatible charger or buy a new one.

According to the senators, discarded chargers account for an estimated 11,000 tons of the 53.6 million tons of e-waste generated in 2019. “This waste is driving consumers crazy and our planet deeper and deeper into a climate crisis,” they write.

They call on the U.S. to adopt a similar measure to that in the EU, covering tablets, digital cameras, e-readers, portable game consoles and headphones.

At the Apple Store in Towson, the union is now at the table
Microsoft announces end to facial recognition technology