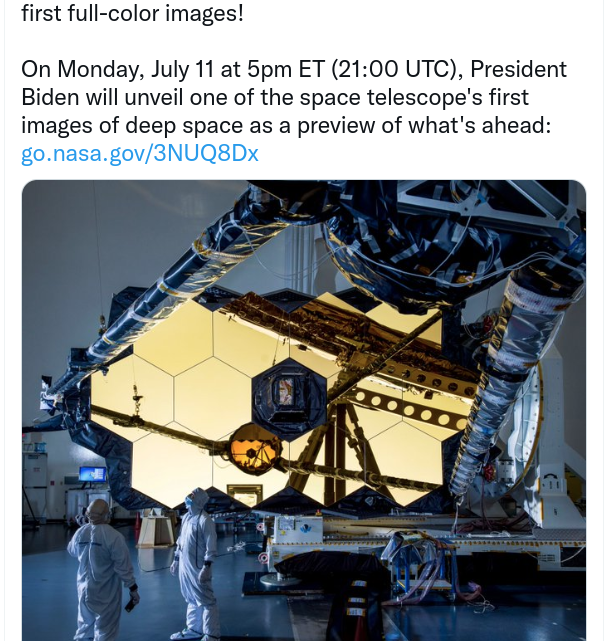 This is not man-made

This is not man-made

The first image, called “Webb’s First Deep Field,” is the highest-resolution infrared image of the deep universe ever taken.

Additional images will show the Carina and Southern Ring Nebulae, the gas exoplanet WASP-96b, the galaxy cluster SMACS 0723 and more.

NASA Deputy Administrator Pam Melroy said, “What I saw moved me, as a scientist, as an engineer, and as a human being.”

My note: This (out there) is not man-made! But we can learn a lot from it. From the comments of the overly excited scientists, I kept hearing this phrase: “There’s a lot we don’t even know exists.”

The revelations will be streamed live via NASA TV and posted on NASA’s website.

Take your time. Think yourself into it. Have fun, enjoy yourself and gain insights!

In related news, scientists have announced that they will use Deep Learning to detect and classify astronomical objects, such as galaxies, from data streamed from the telescope.

The technology is part of the COSMOS-Webb program, the largest contiguous survey with the telescope that will map the earliest structure of the universe.

Twitter likely to pursue sale to Musk in court