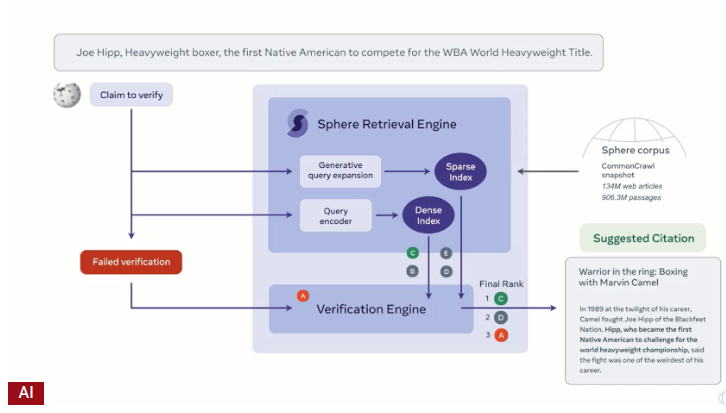 The Wikimedia Foundation is using an AI model developed by Meta to check the accuracy of citations in Wikipedia. The software, called Sphere, automatically scans large volumes of citations and suggests alternatives if it is cited incorrectly or inaccurately.

Sphere relies on a natural language understanding transformation model to understand the connections between words and phrases. Sphere’s “knowledge index,” based on CCNet, is a database of more than 134 million public Web pages used to verify claims.

Meta has trained Sphere with a new dataset of 4 million Wikipedia citations that it says is “significantly more complex than those previously used for this type of research.” Wikipedia says the tool is useful because about 17,000 new articles appear on the site each month.

Meta did not specify whether it uses Sphere on its own platforms. The company said Wikipedia does not pay for the use of Sphere.