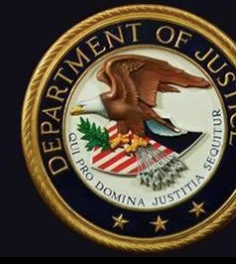 A cyberattack on the infrastructure of the U.S. federal court system carried out in January 2021 has proven to be an “incredibly significant and sophisticated” attack after intensive analysis, a Justice Department spokesman admitted.
According to TechRadar, the attack was confirmed during a Judiciary Committee hearing. Chairman Jerrold Nadler stated at the time only that a data breach had been successfully executed by threat actors.In March 2022, he was surprised by the “stunning scale and scope of the security failure in the court’s document management system.”
As ” even more troubling” was the “impact the security breach had on pending civil and criminal litigation, as well as ongoing national security or intelligence matters,” he continued. He also admitted that the hack had a “continuing impact on the Department and other agencies.”
A Justice Department official was asked what types of investigations, what types of cases, and which attorneys were most affected by the intrusion. However, the person could not provide an adequate answer.
TechRadar highlights that this particular cybersecurity incident is reportedly unrelated to the SolarWinds attack, even though both occurred around the same time in 2020.
The SolarWinds attack has gone down in history as one of the most consequential supply chain cyberattacks. As TechRadar reports, the group and individuals behind the incident managed to obtain Microsoft 365 credentials from SolarWinds employees using phishing methods.
Thus, threat actors had an easy time applying an unprotected patch to hundreds of thousands of endpoints, with government agencies and several technology groups bearing the brunt of the impact.
As part of a bug – bounty program, it was revealed that one of the largest agencies in the U.S. government – Homeland Security – discovered over 100 vulnerabilities in external DHS systems.