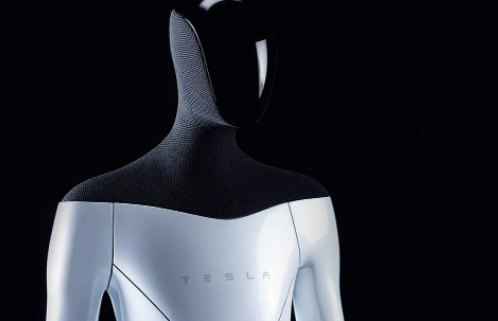 According to Elon Musk, Tesla’s humanoid robot will have a screen on its face that will serve as an interactive interface for human communication.

Musk shared more details about the universal robot in a recent column he wrote for the official publication of the Cyberspace Administration of China. Tesla could unveil a working prototype of the robot at its next AI Day on Sept. 30.

In the column, Musk said the Tesla Bot has the size and weight of an adult human. It can walk quickly with small steps and pick up and carry heavy objects.

The Tesla Bot was designed with legs because human society is rooted in interacting with bipedal humanoids with two arms and 10 fingers, he wrote.

The first goal is to replace boring, dangerous and repetitive tasks. In time, the bots could serve millions of households by taking over tasks such as mowing lawns, cooking and caring for the elderly, Musk said.

Once humanity has solved the problems with self-driving cars, AI technology can be extended to humanoid robots, which have a “much broader range of applications than cars,” he said.

The CEO also reiterated that the first robot prototype is expected to hit the market later this year. Tesla will work to improve its intelligence and tackle large-scale production.

He expects the robot’s utility to increase each year as costs decrease and production increases. “In the future, a household robot could be cheaper than a car,” Musk wrote. “Perhaps in less than a decade, people will be able to buy a robot as a birthday gift for their parents.”