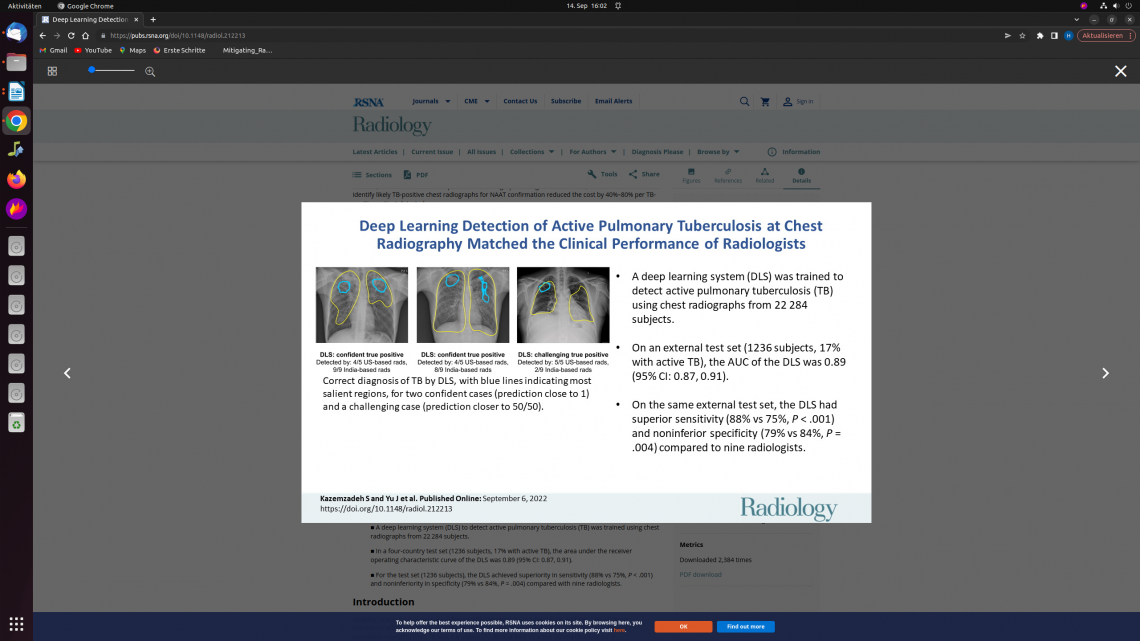 An AI system developed by Google and other researchers can detect tuberculosis on X-ray images as accurately as human radiologists.

The AI system could be used to screen patients in low-income countries that lack radiologists and other resources.

The model was developed for screening patients, not diagnoses. X-rays that are flagged would still be sent to a lab for follow-up.

The system gives a score from 0 to 1 indicating how likely a patient is to have tuberculosis.

The system was trained on a diverse dataset that included only TB cases confirmed by testing and not radiologic exams.

The study was published this week in Radiology, the journal of the Radiological Society of North America.