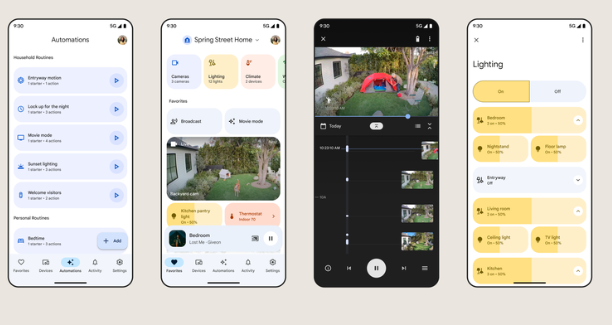 Google is adding new features to its Home app for managing smart home devices. The updated app for iOS and Android will be released in preview in a few weeks and is compatible with all Google Nest cameras.

A “Spaces” section where devices can be grouped into categories such as Wi-Fi, Camera, and Lighting. (Note: customization will be available in 2023).
A quick pairing feature that automatically detects Matter devices for quick setup. Matter is Google’s upcoming smart home standard.
Improved camera feed with new options for viewing footage.

The Home app will appear this week on Wear OS, Google’s version of Android for smartwatches that works with the soon-to-be-announced Google Pixel Watch.

Google Home will hit the web later this year.

USB- C for all