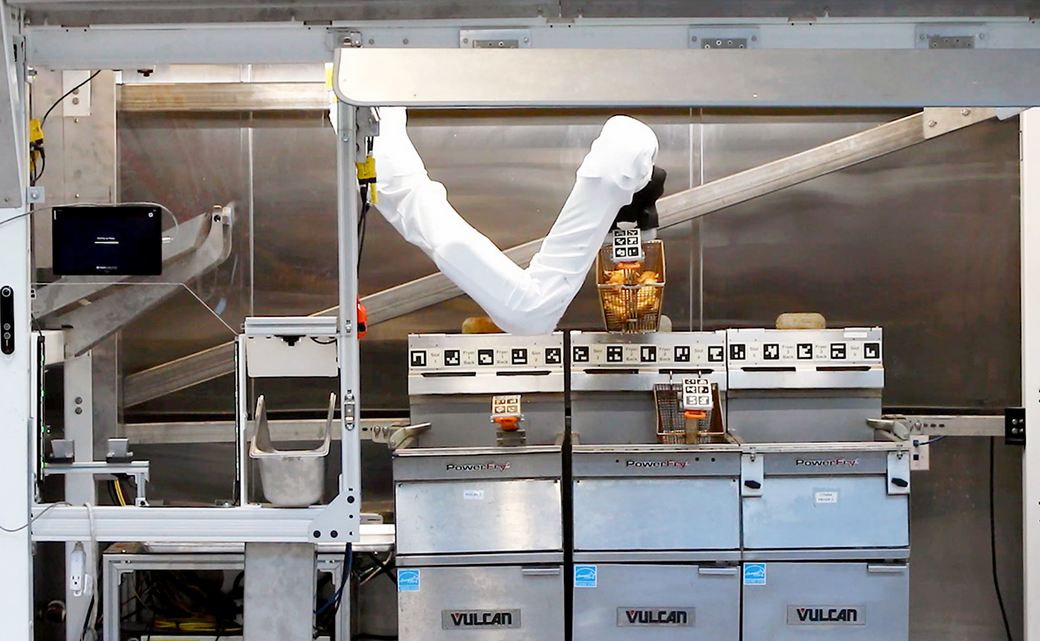 The AI-controlled robotic arm removes French fries and other foods from a freezer, places them in hot oil, and places the finished product on a tray for serving. Miso says Flippy took $50 million and five years to develop and is now commercially available.

Flippy 2 uses machine vision to recognize ingredients and place them in the correct frying basket and trays.

CEO Mike Bell says the robot is already being used at some White Castle stores in the Midwest, Jack in the Box in San Diego and CaliBurger in the Seattle area.

A Reuters report indicates that three other major U.S. fast-food chains are not disclosing their use of Flippy 2 because they fear robots will take jobs away from humans.

In SEC filings, Miso has stated that it does not view the robot as a replacement for human jobs. Rather, jobs could be created by hiring “chef techs” to operate the robots. “The tasks that people are most happy to hand off are tasks like the frying station. … They’re happy to have the help so they can do other things,” Bell said.