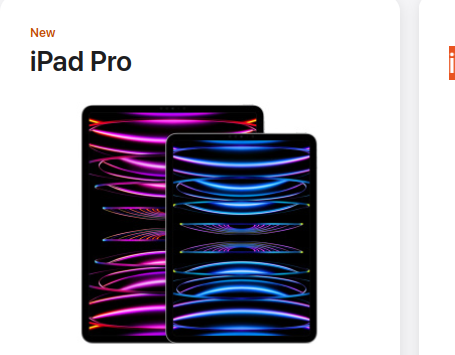 Apple on Tuesday unveiled a new entry-level iPad, two iPad Pros with M2 chips and an updated Apple TV 4K. The iPads are already available for order and will hit stores on Wednesday, Oct. 26. The next-generation Apple TV 4K will be available starting Friday, Nov. 4.

The entry-level 10th-generation iPad (starting at $449) features a 10.9-inch display and a resolution of 2,360 x 1,640 pixels. It replaces the A13 system-on-a-chip with an A14 Bionic, the same as in the iPhone 12. The iPad supports Touch ID and has a USB-C port for charging and accessories. The 12MP ultra-wide-angle front camera supports landscape selfies and video calls.

The new Apple TV 4K streaming box (starting at $129) has an A15 Bionic chip, a USB-C powered remote, and HDR10 Plus support. The entry-level version has 64 GB of storage.