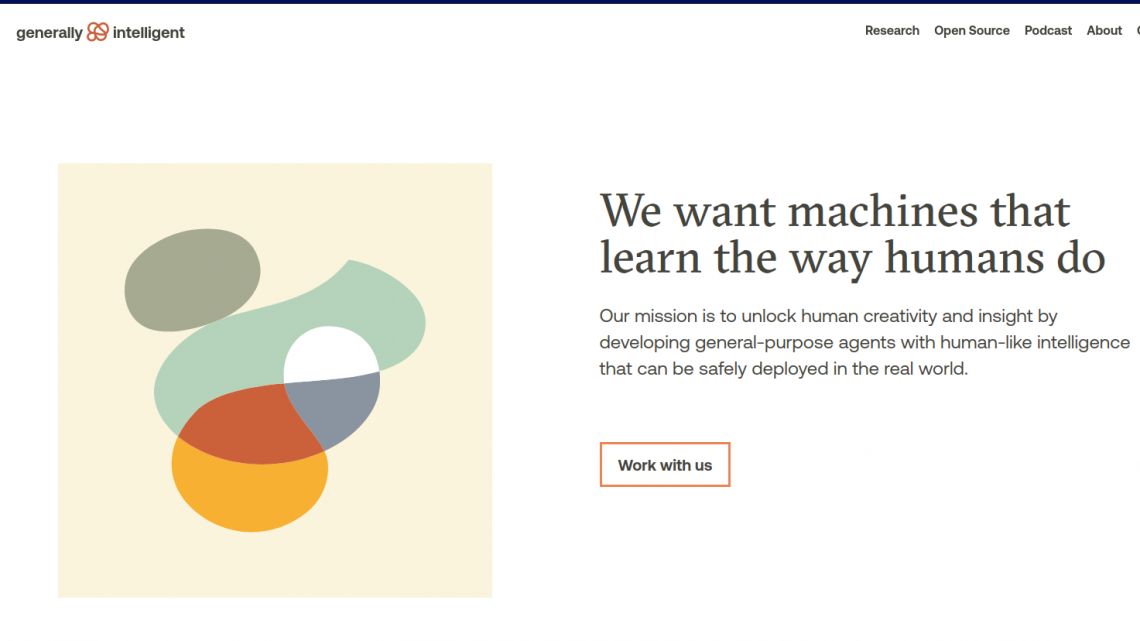 AI research company Generally Intelligent has stepped out of stealth mode with a mission to “help machines understand the world the way humans do.”

The company has launched with more than $20 million in initial funding and $100 million in committed future funding from luminaries such as GPT-3 lead author Tom Brown, former head of robotics at OpenAI Jonas Schneider, and Dropbox CEO Drew Houston.

The company is focused on developing secure general machine intelligence to solve real-world problems. It aims to understand the fundamentals of human intelligence in order to develop secure AI systems that learn and understand like humans.

The systems would be able to perform a variety of “economically useful tasks.” However, the current focus is on researching and developing the core capabilities of these systems and creating a framework for their control.

To train many different AI agent architectures, the company says it is relying on “large-scale computing power.” In general, Intelligent has also released Avalon, a reinforcement learning simulator, environment and benchmark. The 3D open-world game, in which agents learn to survive in virtual worlds, will be unveiled at NeurIPS 2022.

Is China’s chip producer YMTC a direct threat to the U.S.?