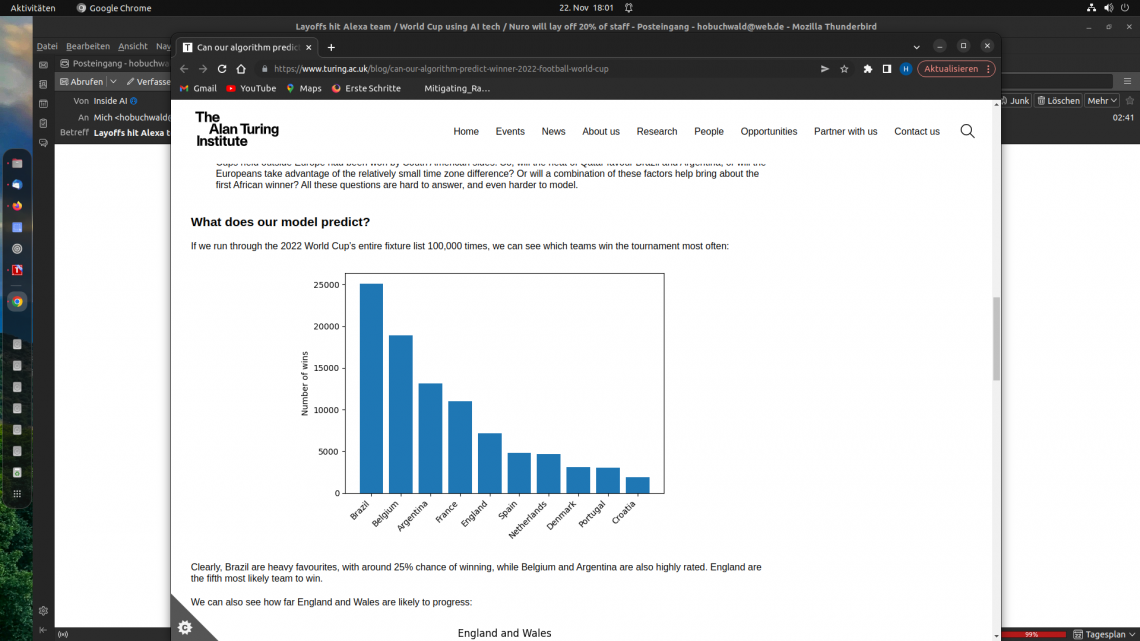 The FIFA World Cup will use various AI technologies to improve the soccer tournament for players, referees and fans.

The following selection includes controversial and questionable tools as well as true innovators:

– Video referee assistants will help referees make decisions on the field. The AI technology relies on data points, algorithms and cameras, they follow the players’ limbs as well as the movements of the ball. The data collected in the process will be fed into an AI system and will improve the accuracy of offside decisions…

A soccer ball manufactured by Adidas contains motion sensors that report the ball’s position data 500 times per second. This data is also used to track statistics and match progress.

AI and algorithms are also being used to predict crowd flows and prevent potential mass panic in the stadium.

Researchers at the U.K.’s Alan Turing Institute have developed an algorithm that predicts the likely winner of this year’s World Cup.

In simulations, Brazil won the World Cup about 25% of the time, followed by Belgium at 18% and Argentina at 15%.

Amazon’s wave of layoffs leaves little of Alexa team behind