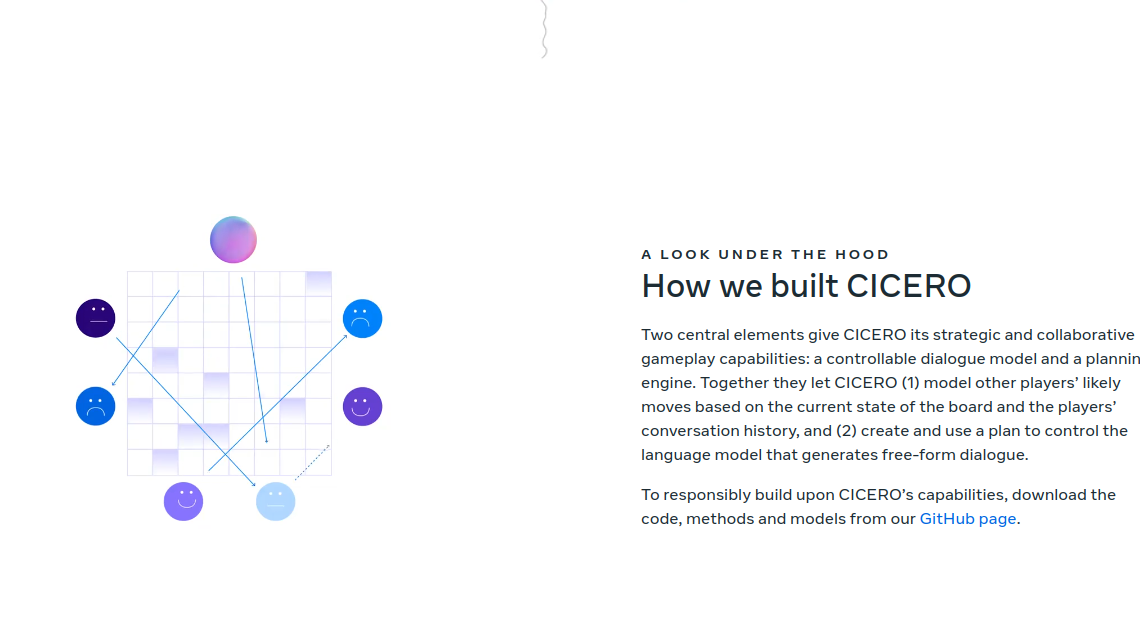 A new artificial intelligence system developed at Meta was able to beat most human players in the online board game Diplomacy.

While AI programs have already achieved human performance in games such as Go and chess, Diplomacy was more difficult because multiple players make moves simultaneously and more complex skills such as negotiation, cooperation and competition are required.

Meta’s system, called CICERO, was among the top 10% of players who participated in a Diplomacy game more than once. CICERO was developed using a strategic thinking engine and a controllable dialogue model that allows it to communicate, negotiate, and predict the moves of others like a chatbot. In an online league, the AI scored more than twice the average score of a player.
In games against 82 other participants, it also pretended to be a human player so they couldn’t tell it was an AI.

Three-time Diplomacy World Champion Andrew Goff said Cicero differs from human players in that it doesn’t go soft or seek revenge. “It just plays the situation as it sees it,” he said. “So it’s ruthless in implementing its strategy, but not so ruthless that it upsets other players.”