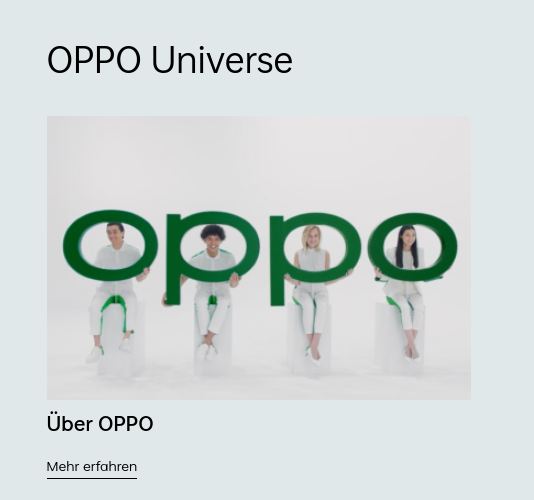 Huawei and Oppo agree to cross-license patents – what does this mean for the mobile market? (Part 2) Who is actually Oppo?

Huawei and Oppo agree to cross-license patents – what does this mean for the mobile market? (Part 2)

Who is actually Oppo?

Cell phone manufacturer Guangdong was once called Oppo Mobile Telecommunications Corp., Ltd. Sure, “Oppo” can be remembered by every child. Thus, a few billion people should now be able to get an idea of ​​Oppo, because the Chinese are represented in 40 countries and benefit from ten research centers. In these places, over 40,000 experts have been dreaming up amazing top-of-the-line mobile phones for a number of years.

But that alone does not make Oppo one of the challengers in the thin air of the leading mobile phone manufacturers. Oppo – which is unchecked in first place, always has sufficient tailwind as a subsidiary of BBK Electronics, which also owns other well-known smartphone names such as Oneplus and Vivo. In the first quarter of 2017, BKK Electronics had overtaken Apple and Huawei with 56.7 million devices sold to become the world’s second-largest smartphone maker, just behind Samsung.

Oppo’s headquarters are also those of its parent company in Chang’an District, Dongguan Province, China. In June 2016, Oppo became the largest cellphone maker in China, with over 200,000 sales outlets across the country. In 2019, the company ranked number 5 worldwide, with almost 30 million units sold.

In addition, Oppo still has a few high-end headphones and amplifiers in its range. In 2014, the PM-1 and PM-2 headphones and the HA-1 desktop amplifier were released. The mobile amplifier HA-2 followed in 2015, and the slightly improved version HA-2SE in 2016. These by-products significantly expanded the circle of Oppo “connoisseurs”. Ultimately, however, it is above all the ingeniously expanded and perfectly styled smartphones with which One Plus and now also Oppo are increasingly gaining positions at the top.

Just two years ago, i.e. after Huawei left the market, the front runners in the USA were still Apple and Samsung. But with that, it seems, they were satisfied. Their supporters were deeply disappointed and criticized the fact that Apple and Samsung were only doing facelifts. The Chinese manufacturers, on the other hand, are now drivers of innovation. Examples: in a relatively short time, in-screen fingerprint sensors, retractable cameras and edge-to-edge screens became established.

And oppo? The Chinese are already planning the next “thing.” They are experimenting with mechanically extendable cameras in order to maximize the screen size of smartphones. And so that the world can no longer stop being amazed, the gifted experts are working on a Reno 10x zoom, i.e. a periscope lens with fivefold optical magnification.

In 2021, the mobile phone manufacturer made waves with the Oppo Find N, a smartphone with a folding display and the counterpart to the local Samsung Galaxy Fold. It’s foldable along the vertical and is slightly smaller than the Samsung competitor.

We had started the Oppo story with Huawei and OPPO patent license agreement.

We will take a closer look at this segment in episode 3. So they know why. Read some scattered clues:

►It is no secret among experts that many patent license agreements are not disclosed. This is only necessary where they are part of the revenues of a listed (net) licensor.

► It is agreed that Huawei has the largest patent portfolio in the wireless sector. The former 5G champion is also believed to still be able to play an important role as an implementer, despite the global blacklist.

► OPPO manufactures hundreds of millions of devices annually, but it is not just an implementer: it has ramped up its own patent applications and is now one of the top applicants in this segment. And now both are pulling together!

Huawei and Oppo agree to cross-license patents – what does this mean for the mobile market? (Part 1) Shenzhen, December 19, 2022

The most important news of the last week