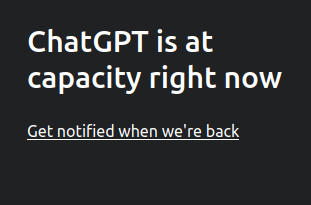 ChatGPT soon to be subject to strict scrutiny by teachers

ChatGPT soon to be subject to strict scrutiny by teachers

Turnitin, a maker of anti-cheating software, plans to launch a service that can determine whether a student has used OpenAI’s ChatGPT to write an assignment. A beta version of the AI detector could be released later this year.

While the initial beta can’t always detect ChatGPT writing, it offers the company a way to get feedback from teachers on how it can be tweaked, said Annie Chechitelli, Turnitin’s chief product officer. “We hear from educators that they want to have different tools available, whether direct recognition or other features to validate,” she said.

Eric Wang, VP of Turnitin AI, said ChatGPT and other models trained on “the sum of human models” are often recognizable because “they write extremely average.” Humans, on the other hand, are “idiosyncratic,” he said.

The company’s recognition software would need to be updated regularly to keep up with new versions of the AI text generator. Meanwhile, ChatGPT creator OpenAI said it is also working on a tool to detect whether text was created with the chatbot.

Turnitin already offers software that detects plagiarism and some types of AI-generated writing. About 16,000 school systems worldwide currently use the tool….

Similarly, a Princeton computer science student has developed an app called GPTZero that he claims can identify text written by ChatGPT. Earlier this month, the New York City Department of Education had restricted ChatGPT access to its public school devices and networks.