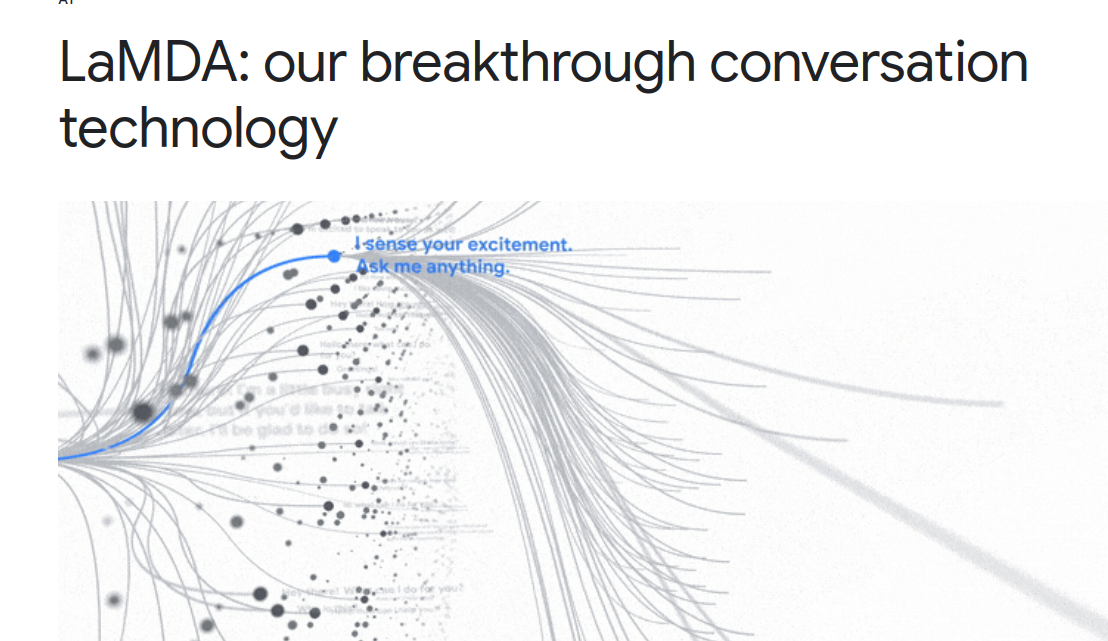 At Google’s I/O conference, the company unveiled an experimental AI system called LaMDA that can help AI virtual assistants talk more like humans. Google described it as “breakthrough conversational technology” that could enable more natural and open conversations with its AI.

LaMDA, or “Language Model for Dialogue Applications,” is currently in the research and development phase. In its preview:

Google showed videos of two conversations with the model in which LaMDA answered questions while pretending to be the dwarf planet Pluto and a paper airplane. The model was able to cite actual events and facts about the two subjects, such as the New Horizons probe’s visit to Pluto in 2015.

LaMDA differs from most other current chatbots in that it can communicate about an infinite number of topics, rather than being programmed for specific topics. Google is exploring the “interestingness” of the model’s responses (evaluating whether they are insightful, unexpected, and/or funny) and ways to ensure that LaMDA’s responses are also factual, something language models typically struggle with.

“It’s amazing how meaningful and interesting the conversation is,” Google CEO Sundar Pichai said at the conference. “But it’s still early research, so it can’t get everything right.”