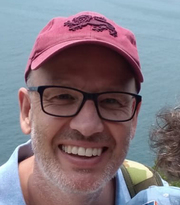 Have researchers discovered the missing link in the transmission of corona viruses?

Have researchers discovered the missing link in the transmission of corona viruses?

Determining the exact way in which SARS-CoV-2 has passed from animals to humans is a top priority for many researchers today. It is known that bats are a reservoir for SARS-CoV-2, but there is no way it can be transmitted to humans.

A recent publication in the journal Nature by evolutionary virologist Edward Holmes (University of Sydney) looks at how an intermediate host may have facilitated this leap by uncovering the origin of the virus, providing more information that is vital for vaccine development.

The paper describes a corona virus found in the Malayan (or Sunda) pangolin – Manis javanica – which is similar to the virus that infects humans and is now spreading worldwide.

Pangolins are the most heavily trafficked mammals in the world, with Malayan pangolins involved mainly in the illegal trade in South East Asia. The abundance of these animals, illegally traded in the wet markets of Wuhan, China, may explain the transmission to humans and the rapid initial spread of the SARS CoV-2 virus. By metagenomic sequencing, the pangolin coronavirus was found to have 85.5-92.4% genomic similarity to SARS-CoV-2.

Holmes commented: “The role that pangolins play in the development of SARS-CoV-2 (the cause of COVID-19) is still unclear. What is striking, however, is that the pangolin viruses contain some genomic regions that are related to the human virus. The most important of these is the receptor-binding domain, which determines how the virus can attach and infect human cells”.

By establishing the link between pangolins and humans for the zoonotic transmission of SARS-CoV-2, the research provides a scientific basis for closing wet markets and supports the need to combat illegal wildlife trade.

“It is clear that wildlife contains many corona viruses that may be present in humans in the future. A key lesson from this pandemic to prevent the next one is that humans must reduce their exposure to wildlife, for example by banning “wet markets” and trade in wildlife, Holmes stressed.

This position was also supported by a recent publication in the Journal of Proteome Research, when researchers from the University of Michigan (MI, USA) compiled genome blueprints for SARS-CoV-2 from pangolin lung samples. Analysis of the DNA and protein sequences of these samples showed that the domain of the spike (S) protein found in pangolin coronavirus differed by only five amino acids from that of the human virus.

This research suggests that the virus would have had to develop minimally to adapt to a human host. The fact that SARS-CoV-2 was only found in pangolin animals, bats and humans suggests that the pangolin animals may have acted as intermediate hosts to facilitate the transition from bat to human. This is also confirmed by studies in which the two sublines of corona viruses from which SARS-CoV-2 is derived were found in independently tested samples of pangolins from different provinces.

“Coronaviruses clearly have the ability to cross species boundaries and adapt to new hosts, so it is easy to predict that more will emerge in the future,” Holmes concluded.

Gartner: Strongest demand for AI talent from outside IT